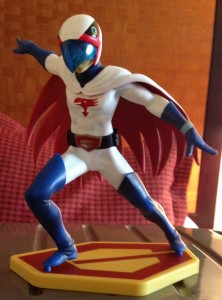 Today I gave myself permission to just wander the vender booths and see what there was to see. Oh, sure, I could have stood in lines for a variety of autographs. I did that at the Rose City Comic Con and had a blast but there is something to be said for just soaking in the experience. 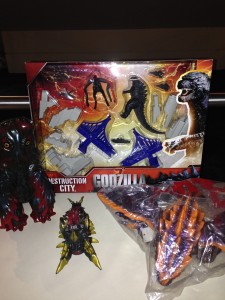 Then I hit the jackpot. At a booth that I’ve seen before that specializes in Japanese monster movie and anime merchandise. This time the proprietors had way more Godzilla stuff than I remember. They were very helpful and talked about their wares knowledgably. I went a little crazy but I got some fantastic stuff including an action figure of Mark from Gatchaman as well as a Megaguirus and Hedorah figure. Yes I was bad—no I’m not even remotely sorry.

Aside from the squee worthy Godzilla merch the cosplay today was just delightful. I saw so many firsts today in cosplay that it was just fun to see who all I could find that I hadn’t seen at a con before. Now granted I haven’t been to a lot of cons yet but today I saw a rocking Ms. Marvel, a Firestar, a phenomenal Spawn with henchmen carrying his cape for him and the far and away winners were an older couple dressed as Popeye and Olive Oyl. I kid you not. 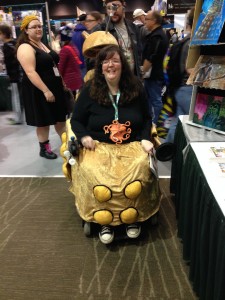 There was a woman who had decked out her wheel chair so that she could be a Dalek—total win. I saw my first Doctor Strange and a simply stunning Scarlett Witch in her classic costume, which I must confess is one of my all time favorites. Some of the best Lokis were cosplayed by women and I saw a really buff cross-dressed Wonder Woman that was well done. He was rocking the bathing suit.

Black Widow was well represented and there were a couple of gorgeous Black Cats as well as Catwoman. Poison Ivy and the Joker were perennial favorites. I even saw a woman dressed up as The Eye of Sauron. It was pretty amazing.

We made our way to the Lego room to see Rivendale recreated in Legos. It was gorgeous and a bit mind-boggling. I can’t even imagine how much time it must have taken to put that thing together. There was a Lego R2D2 that had LED lights and motors in it so that it moved and made R2D2 sounds.

Then there were the models. Oh, the models. They were simply amazing. There were several Space Battleship Yamatos, a Guyver and an entire fleet of Starfleet Enterprises and other ships. There was even a Homer Simpson as Thor model.

Everyone was friendly and happy to talk about his or her craft, from cosplayers to venders to the people working on the models. There wasn’t a single person I couldn’t walk up to and ask a question without getting a warm greeting and lengthy explanation. One gentleman, working on turning a USS Missouri into a Space Battleship Yamato was very happy to explain all of the custom things he was doing to the ship, including how he was going to have the LED lights set up so that the engine and deck lights dimmed when the wave motion cannon was activated.

It’s so rewarding to listen to people talk about their hobbies and passions. There is a joy that is contagious and it makes me happy to witness it. I love the cosplayers; I love the artists and crafters. To me they are the heart and soul of the con. KZ 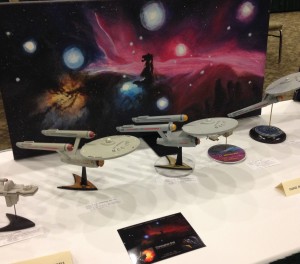 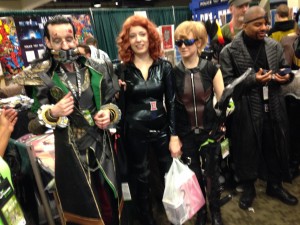 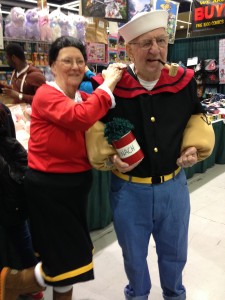 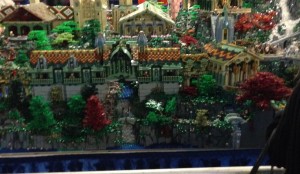 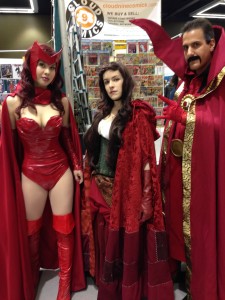